On a Palo Alto Networks firewall, a session is defined by two uni-directional flows each uniquely identified by a 6-tuple key: source-address, destination-address, source-port, destination-port, protocol, and security-zone.

Besides the six attributes that identify a session, each session has few more notable identifiers:

To view any information related to sessions the user can use the > show session command followed by the desired option:

Below is an example output from the > show session id command: 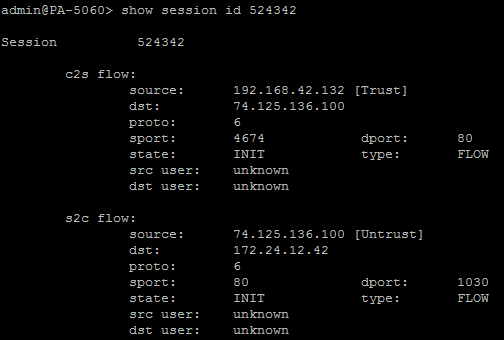 In the screenshot below, identify some of the important details of a session:

On Palo Alto Networks firewalls there are two types of sessions:

Note: Each application's predict session has its own timeout setting.

In the following example is the output of a PREDICT session created for FTP Active mode:

The screenshot above shows the number of packets as 0 for both directions and that the predict session has been triggered by the client.

Each session will be in a certain state at any given time. There are three states, know as the Stable states, that will appear most in the session table:

The other states of a session in the Palo Alto Networks firewall are: Opening, Closing, Closed and Free. These states are called Transient. Sessions in Transient states are difficult to see as they make the transition to one of the Stable states very quickly.

Under normal conditions, each state will go through the following transition cycle: Init > Opening > Active > Discard/Closing > Closed > Free. From the Free state, the session will move back to the initial session state(INIT) to start the next cycle. The following state transition represents the session life cycle: 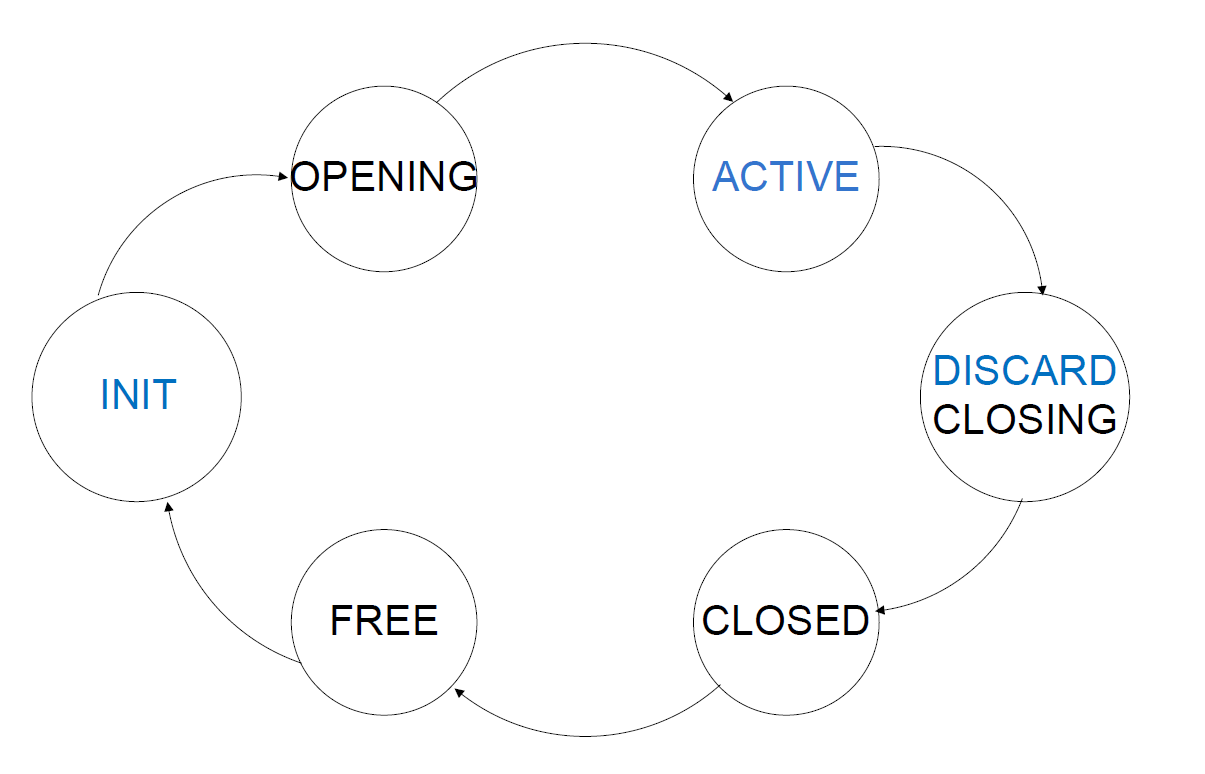 The most important state in the life cycle is the Active state. From Active state, the session will transition to either the Discard or Closing state based on the following conditions:

Each session has a defined timeout value which is configurable on the device. There are a few details that can be observed regarding the timer of a session by looking at the output of the > show session id command. The screenshot below shows the output of a DNS session through the firewall: 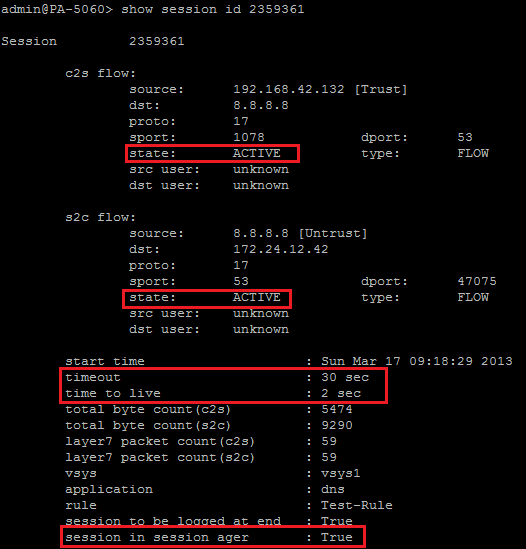 Three significant details about the session timeout are:

In the following example, see the output of the same session, but now the session has timed out (due to no traffic matching the session): 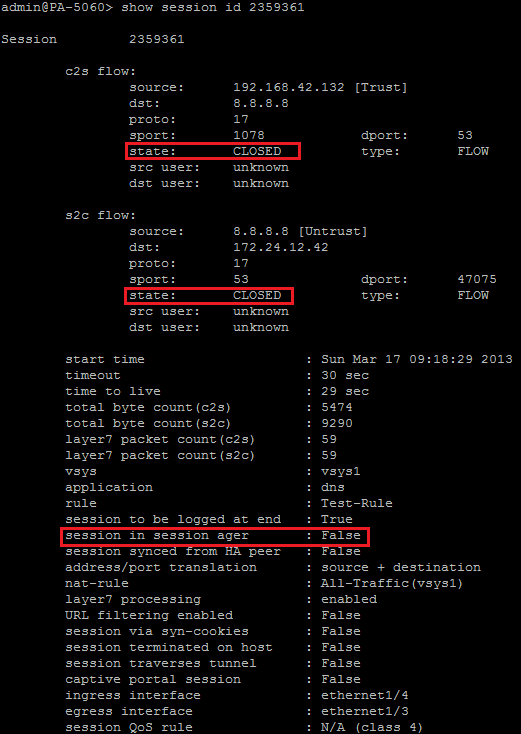 Now see that the session state is Closed and also the session in session ager has turned to False.

In deployments where High Availability is being used, certain active sessions that are not created on the local firewall, but on the peer device must be synchronized between peers. Having these sessions synchronized between peers, in case of fail-over the active sessions will not be lost and the traffic flow will continue on the other device(Active in case of Active/Passive deployment). For details about deployment scenarios involving HA please consult the Admin Guide at HA section.

The > show session id command displays other information regarding the traffic flow through the firewall. While much of the additional information is for advanced troubleshooting by Palo Alto Networks support representatives, here are three attributes that may be useful for self-troubleshooting: