What is "Session End Reason: threat"?

What is "Session End Reason: threat"?


Symptom
The traffic logs indicate that traffic was allowed, but the session-end-reason column indicates 'threat'.

Therefore, when Security Policy Action is 'Allow', the traffic will be inspected by the Security Profiles configured. If one of the Threat Prevention features detects a threat and enacts a block, this will result in a traffic log entry with an action of allow (because it was allowed by policy) and session-end-reason: threat (because a Threat Prevention feature blocked the traffic after it was initially allowed and a threat was identified). Additionally, the timestamp in the the traffic log will be later than that of the threat log, because it is logging at session end, and the session ends after the block action.


Resolution
To identify which Threat Prevention feature blocked the traffic. 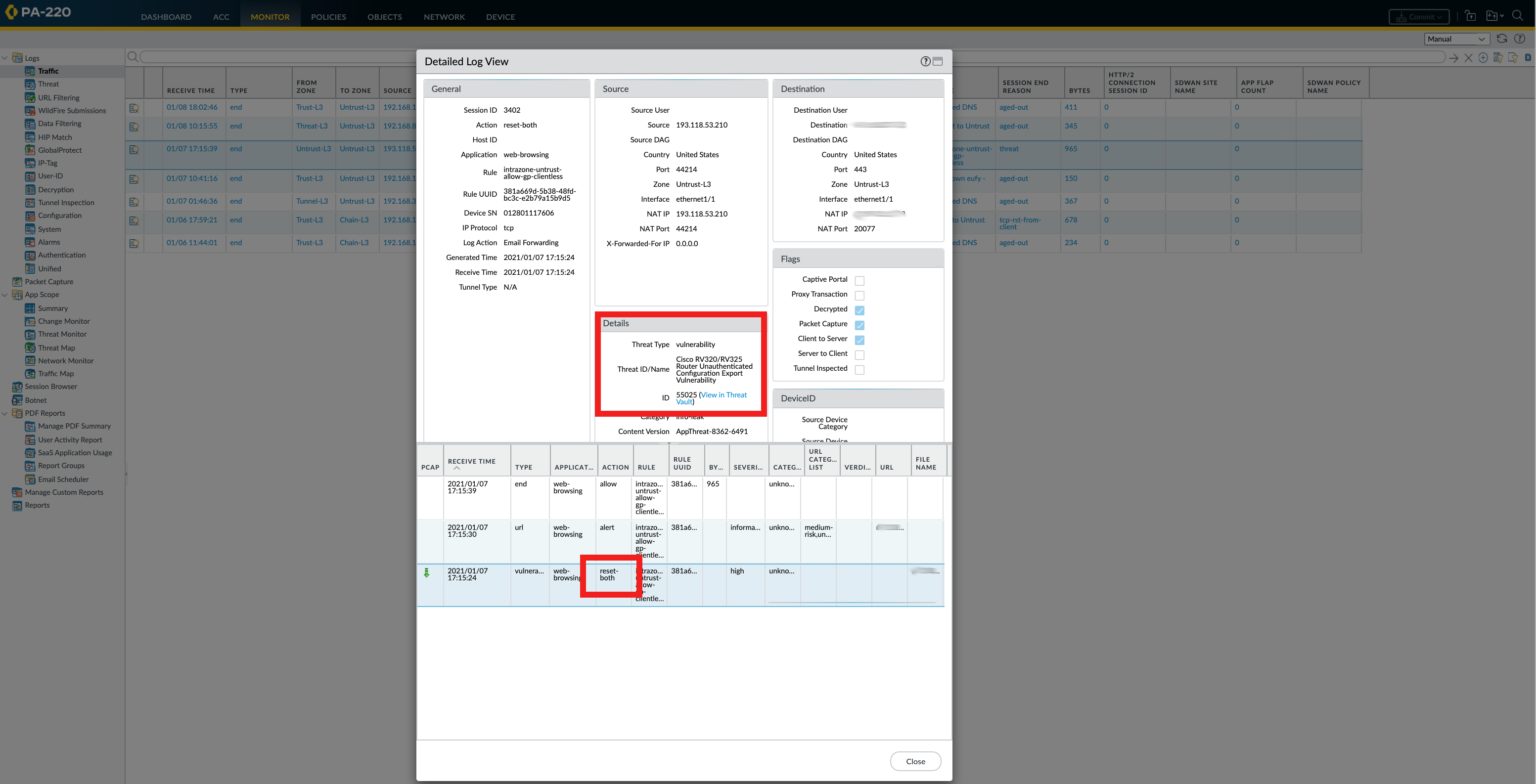