ISP1 is used as the primary ISP.  ISP2 is the GlobalProtect VPN traffic ISP. 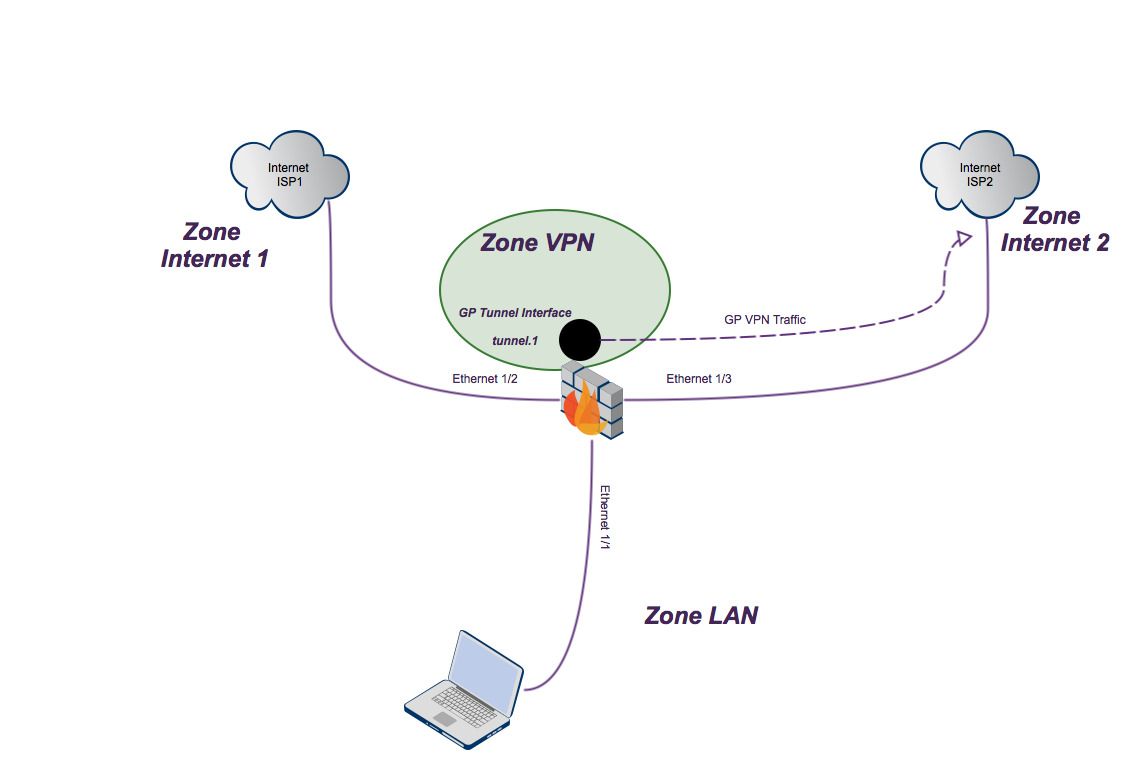 Configure basic networking and Security Policies to allow traffic between:

Allow traffic to the 2 ISPs by using NAT Rules

In order for the outgoing traffic to be translated from internal IP addresses to outside IP addresses, we need to use some kind of Source NAT. In this example Dynamic IP and Port NAT is being used. The global IP will be the outgoing interface IP.

At this point, traffic should be able to reach ISP1 from LAN and ISP2 from GlobalProtect VPN that has yet to be configured.

The PBF will modify routing behavior in the following way:

All packets initiated from interface tunnel.1 that are heading for any other address other than directly connected LAN subnetwork or the directly connected ISP1 subnetwork should be forwarded to interface ethernet 1/3 , going to ISP2. The next hop is the IP pointing to the ISP2 router that goes to the Internet. There is no need for Symetric Return since the NAT will identify NATed sessions and translate it back to the initial internal IP. This will overwrite all packets going to an unknown address originating from the GlobalProtect tunnel interface. 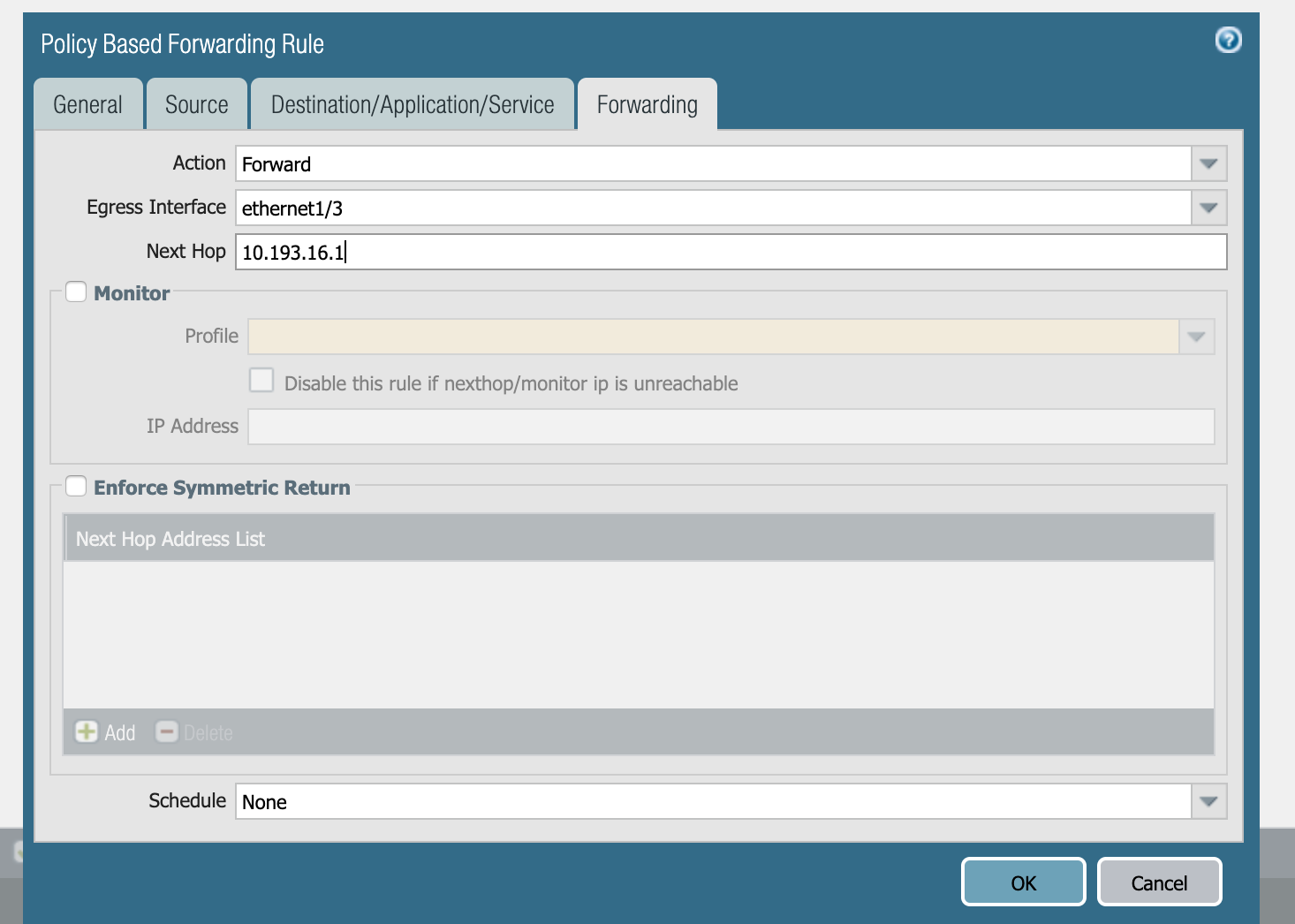 This implementation of GlobalProtect is a basic one, without any special features.

For a more detailed GlobalProtect configuration, check other Knowledge Base articles, Configuration Guides or the official Administration Guide in addition to the following references:

How to Configure GlobalProtect

How to Generate a New Self-Signed Certificate 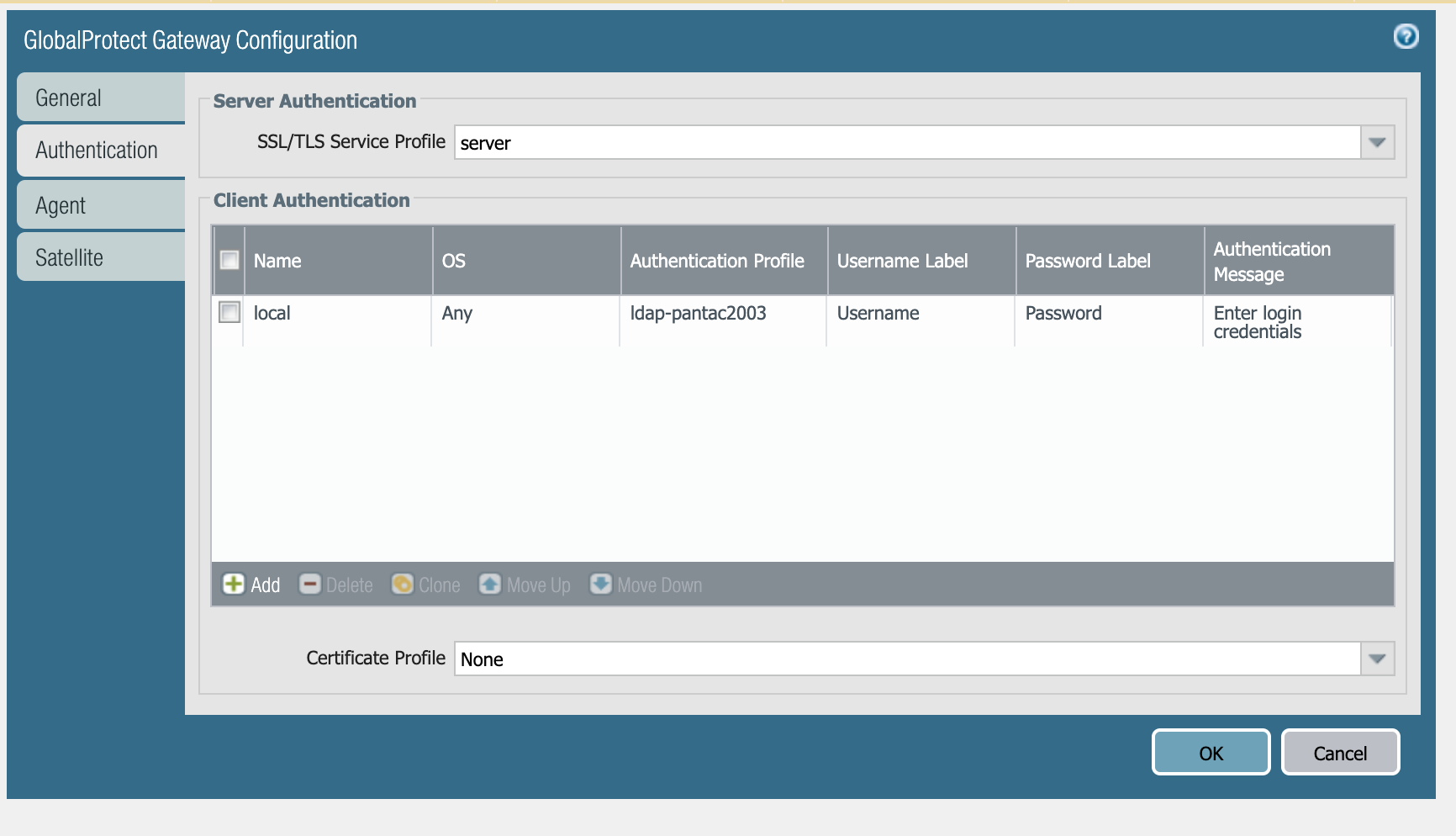 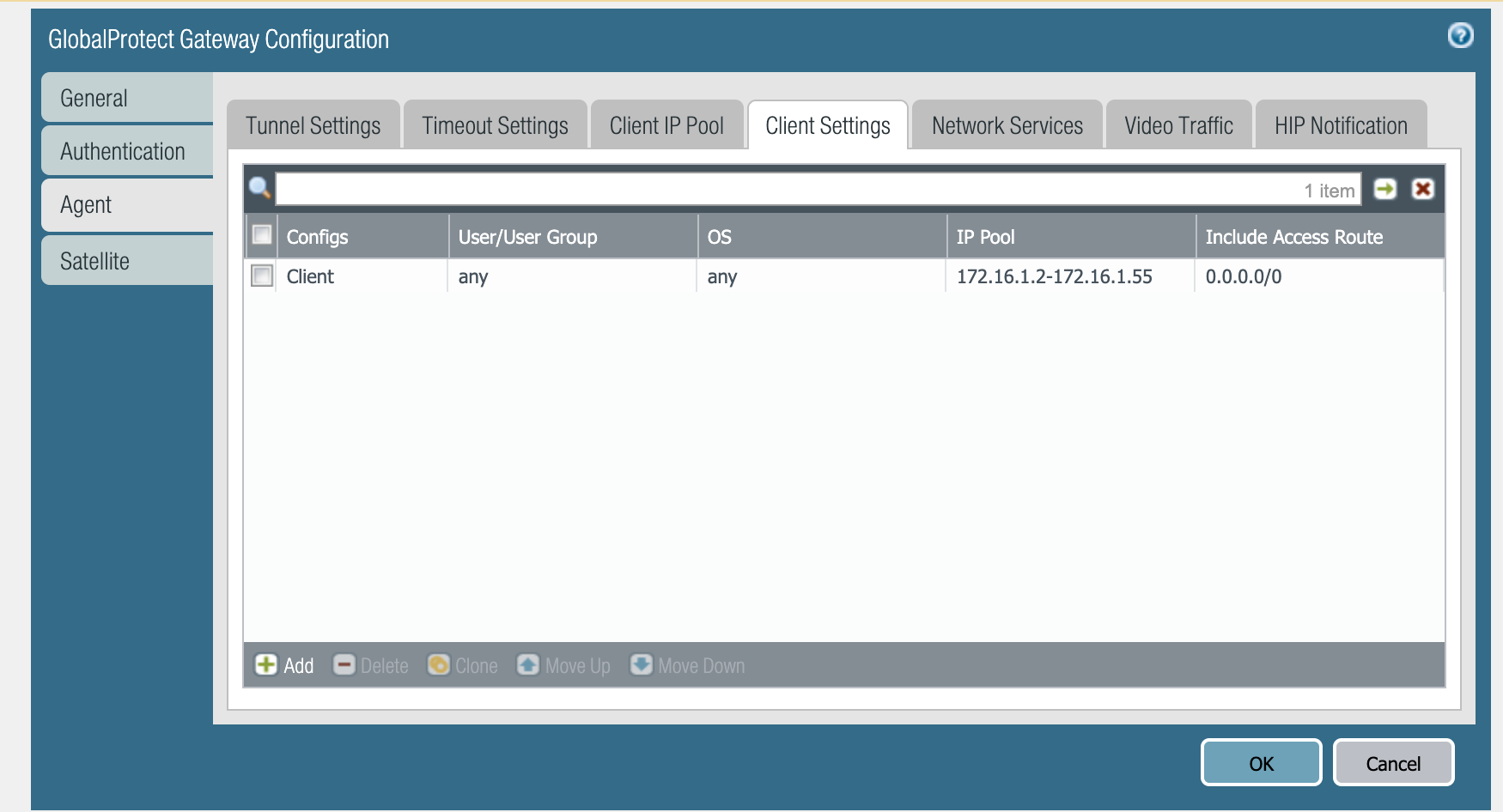 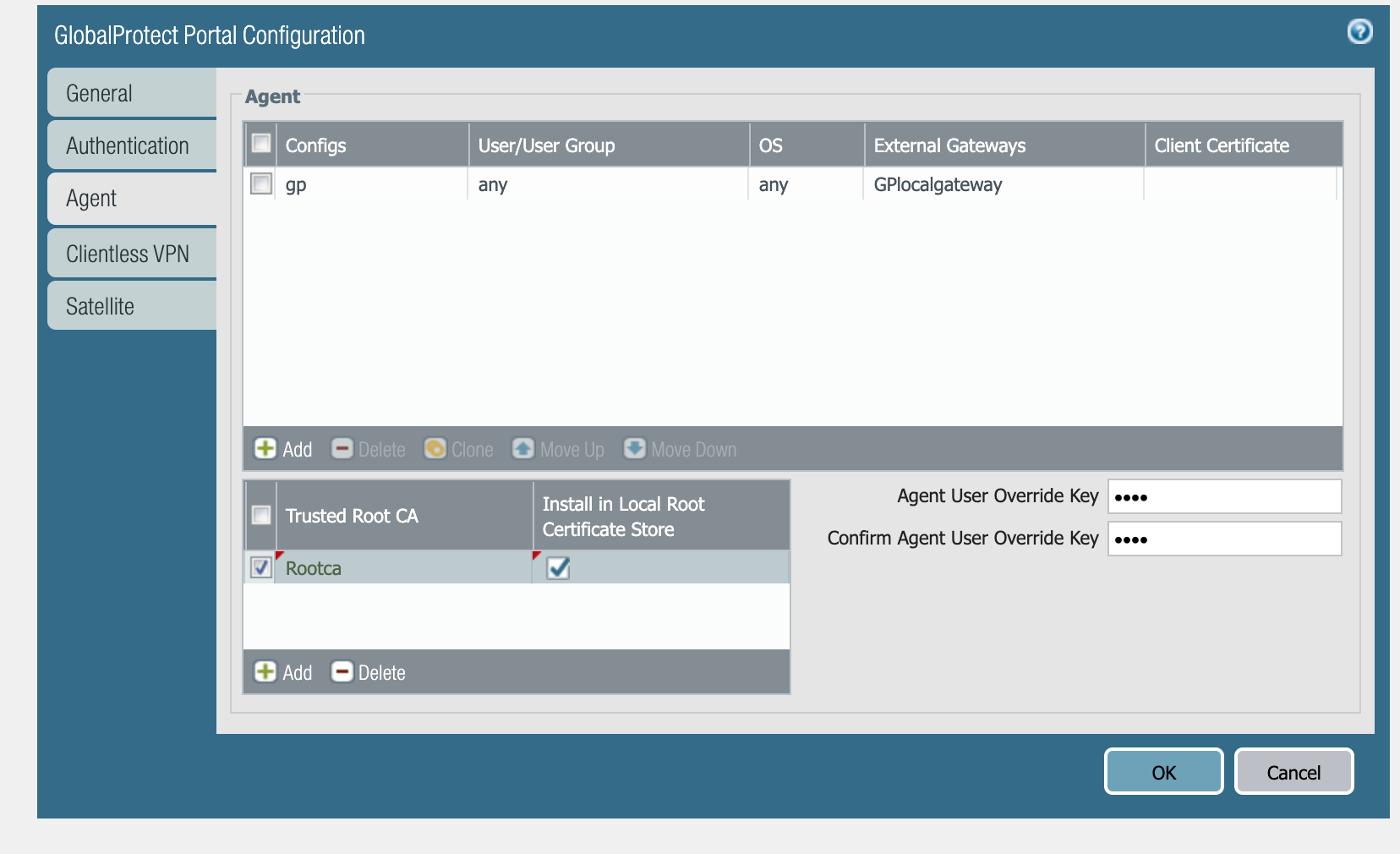 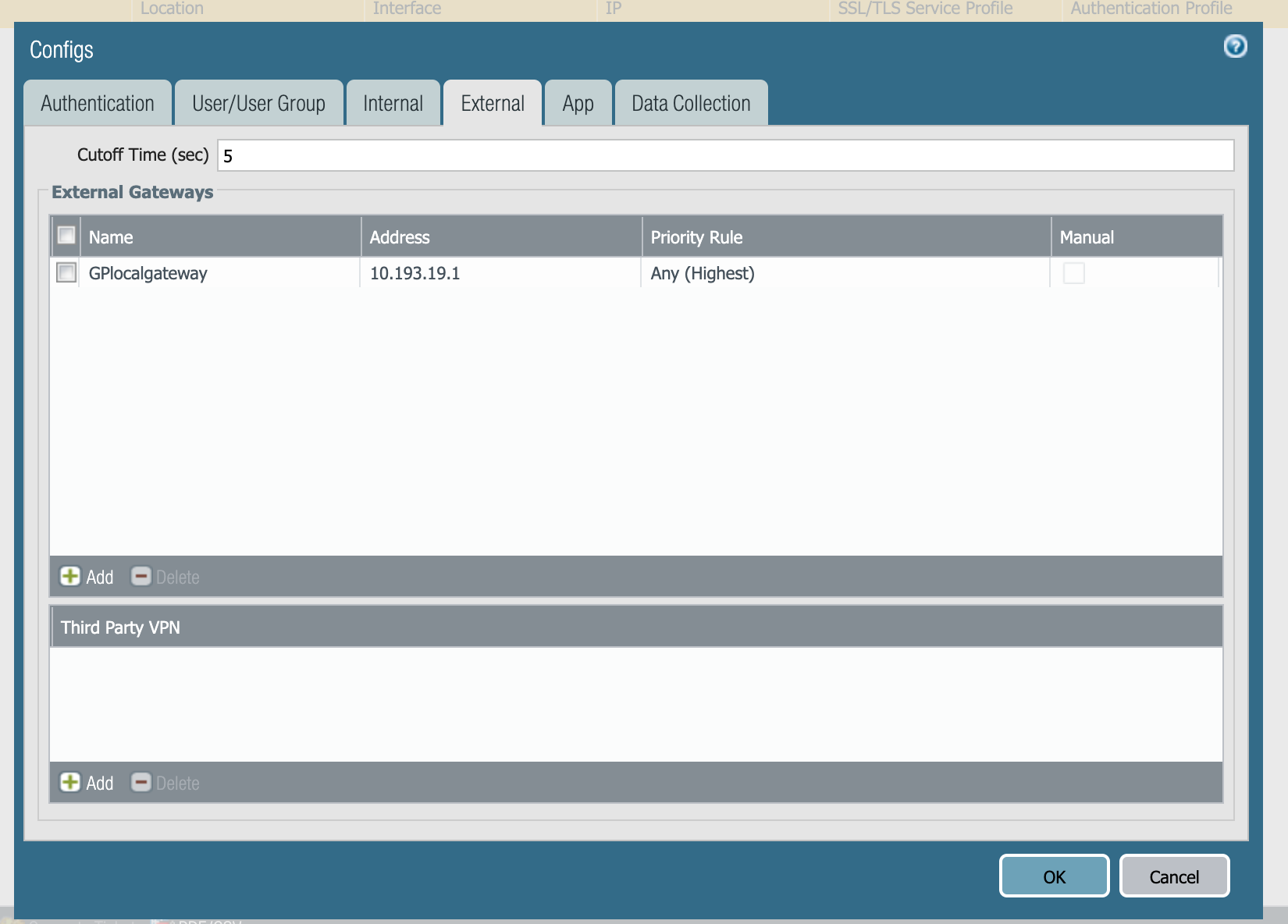 A Virtual interface is created on the Windows machine:

And, the default route is being injected:

Connection to Internet through ISP2 is working:

Note:  This configuration does not achieve a failover if any one of the ISPs is not reachable.